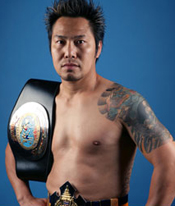 A Muay Thai fighter for over 25 years, Khunpon is the head instructor of Bangkok Boxing. While he hasnt officially retired, Khunpon has a record of over 200 fights- 80% of which are wins. He moved to Atlanta in 1999 to open his own gym in Gwinnett. Originally from Bangkok, Thailand, Khunpon has been fighting since 1980. His success has taken him around the world as a fighter, and now, he travels across the world as a sought-out instructor. Find out Khunpon's class schedule at his premier training facility, Bangkok Boxing Fitness.